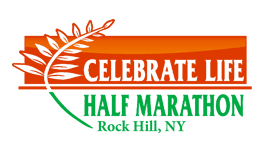 • A recently divorced patient, newly diagnosed with lung cancer, was being evicted from her apartment.  She was too sick to work and needed chemotherapy and radiation therapy.  Living in Sullivan County, she was struggling to put gas into her car to even get to treatment.  Through Ride 2 Survive we obtained gas assistance, but how to help with the apartment situation?  Being homeless, and on chemotherapy would be dangerous for her – especially because of the risks of not having an intact immune system.  Thank goodness for CROC – She found a studio apartment for $500.  But she could not afford the $500 deposit and last month rent.  We obtained a CROC grant for her for $1,000 just in time to help her get that apartment.  She completed treatment and is now on her way to recovery and is extremely grateful.

• A 40 year old in the end stages of metastatic melanoma, in her 3rd round of Radiation treatments, was unable to work. Her husband was trying to run their family-owned business and care for his wife and 4 small children under 10. They did not have much “under the tree” for what was probably going to be her last Christmas. She “wanted to feel beautiful again,” having lost all of her hair. There was a wig she wanted but could not afford to buy it. A CLHM grant provided gifts under the tree and the wig, making her last Christmas magical. She felt “beautiful again”.

• A 36 year old young woman undergoing Radiation for breast cancer was going through a divorce; her husband had taken everything including her car. To get to treatment, she walked to the bus station every day from the Radiation center which was quite a distance, often getting picked up by staff on their way home from work, when they saw her walking . A CLHM grant enabled her to purchase a car to be able to go back and forth for her treatments.

• A 63 year old man undergoing chemo and radiation for lung cancer was unable to work and his wife made “$5 too much” to receive any assistance. They were in danger of losing their home and the bills were piling up. A CLHM grant enabled them to hold on to their home.

• A 70 year old man undergoing radiation and chemo for esophageal cancer lived in a little shack in the woods with no electricity and no heat, limited food, having forgone these necessities to afford medication. He had no family– only his dog which was everything to him. Unfortunately his beloved pet passed away during treatment. The patient used the money to provide better living conditions and food for his table.

• A 49 year old male turned his life around, obtained his degree and was about to start work when he developed a pain. That pain turned out to be metastatic lung cancer. Not able to work, he lived with relatives while receiving chemotherapy and radiation. Aa CLHM grant helped him obtain an apartment and regain his independence.

• A 43 year old woman was in a car accident on her way to radiation treatment; her husband had a heart attack and was in the hospital. With only five treatments left, and no way to get there, A CLHM grant allowed her to pay for someone to take her to Radiation and complete her potentially curative treatment. It was also a start to paying to repair for her car so she could pick up her husband from the hospital.

• A 72 year old woman living with her son and 6 month old grandchild had no way to get to radiation, because the baby was sick and could not leave home. Her son had to be there for the baby, and no agency or taxi would take her because she needed a helping hand getting in and out of the car or taxi. A CLHM grant paid for a babysitter to allow her son to help his mom into and out of the car and drive her to radiation for the seven week treatment needed to save her life.

• A 50 year old woman let it slip she had no bed (was sleeping on the floor) and little to no food in her cupboards. She was very proud and had no plans to ask for help. After encouraging her to accept a helping hand, she received a bed, sheets, pillows, blankets, food, and most importantly, the expression of concern by others about her wellbeing.

• A 60 year old woman diagnosed with head and neck cancer needed emergency dental extractions prior to starting radiation and chemotherapy. With no dental insurance, the cost was $600 which she could ill afford; no dentist would proceed without cash payment. Without chemo and radiation this person, who worked hard all her life but due to this disease was too weak to work, would not survive her cancer battle. Without extractions she would not be able to start treatment. A CLHM grant helped her afford the needed dental care so she could LIVE!

• A 56 year old man visiting from out of state developed severe pain and was hospitalized. He was found to have cancer that was in his bones, but his insurance did not cover his care in New York. Unable to afford medication while being treated with radiation, he suffered in silence until his nurse found out. A CLHM grant was granted that allowed him to received needed medication until he could return to his home state and complete his care.

• A CLHM grant was approved for a 71 year old gentleman who was under the care of Adult Protective Services because his son stole all his money and he lost his home. The grant helped him get back on his feet and he is doing well today because of it.

• A CLHM grant was given to a 66 year old male who was using his daughter’s car to get back and forth to treatment. The car was given to her by a neighbor (it had been sitting in his backyard in mud for years before). The grant gave them the ability to revive the car and do necessary work on it to be able to get the father back and forth to treatment.

Because of generous donors and sponsors like you, Celebrate Life was able to help all of these patients and their families.